Sardine traditions always carry such great backstories. With the Lisbos annual sardine festival in full swing, let's take a brief look at some of that story. Lisbos Sardine festival, also known as St. Anthony Festival, Feast of St. Anthony,  popular Saint's festival. It is a three-day festival of grilling sardines on the streets, parades, and festivities, as well as love; St. Anthony is the Saint of match-making. Love, sardines, and did I mention the Fado music? Those make for a great combination. (Fado is played throughout the festival.)

(click play below, and listen to some Fado as you browse)

Legend has it that Saint Anthony ( Before Sainthood) was in Rimini, Italy, trying to give a sermon to some 13th-century heretics. Well, those heretics were not going to have any of that. Since they were not interested in his sermons, St. Anthony took off to the coastline in a holy tantrum of frustration, doing what those holy men did in those times, swearing (they may have sworn) he'd be better off preaching to the fish. It is said that thousands upon thousands of fish started popping their heads up from the water, lining up (mostly sardines) with their mouths open, swaying back and forth, doing little fin waves, and even bowing their heads at the Saint's sermon. ( A bowing Sardine? Hey, it's the 13th century; fish were their own fish back then.) This miracle was witnessed by the town's folks. Here's where I must scratch my head... In honor of this "miracle," sardines are grilled and feasted upon for three days. So the sardine's reward for coming to the Saint's sermon was to be caught and grilled in honor of the Saint. (No wonder the heretics didn't want to listen to his sermons.) 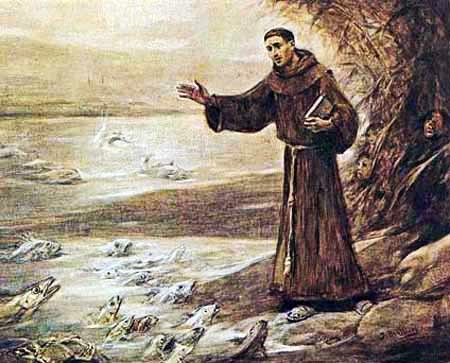 As with most sardine traditions, I like to add a Mouth Full of Sardines style to it. Not being in Lisbon, and wanting to give their tradition due respect, I went in search of a St. Anthony figurine or the like. I wanted to have this fish whisperer present while I ate sardines. To much dismay, I was unable to locate anything with Saint Anthony. I went to several religious stores and ethnic stores. A couple of the Christian stores did not even know who Saint Anthony was. I enlightened them of his talking to sardines and how great sardines are. (Maybe I've become a sardine disciple?) With no St. Anthony representation and no fresh Sardines to grill, 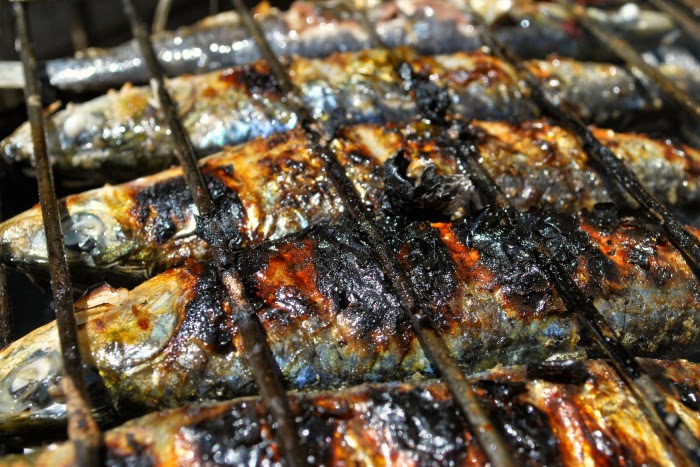 I will be feasting on some Portuguese tinned sardines I recently picked up while listing to some Fado in the background (I have really grown to like Fado music, almost addicted actually) while washing it down with some type of cold spirits. 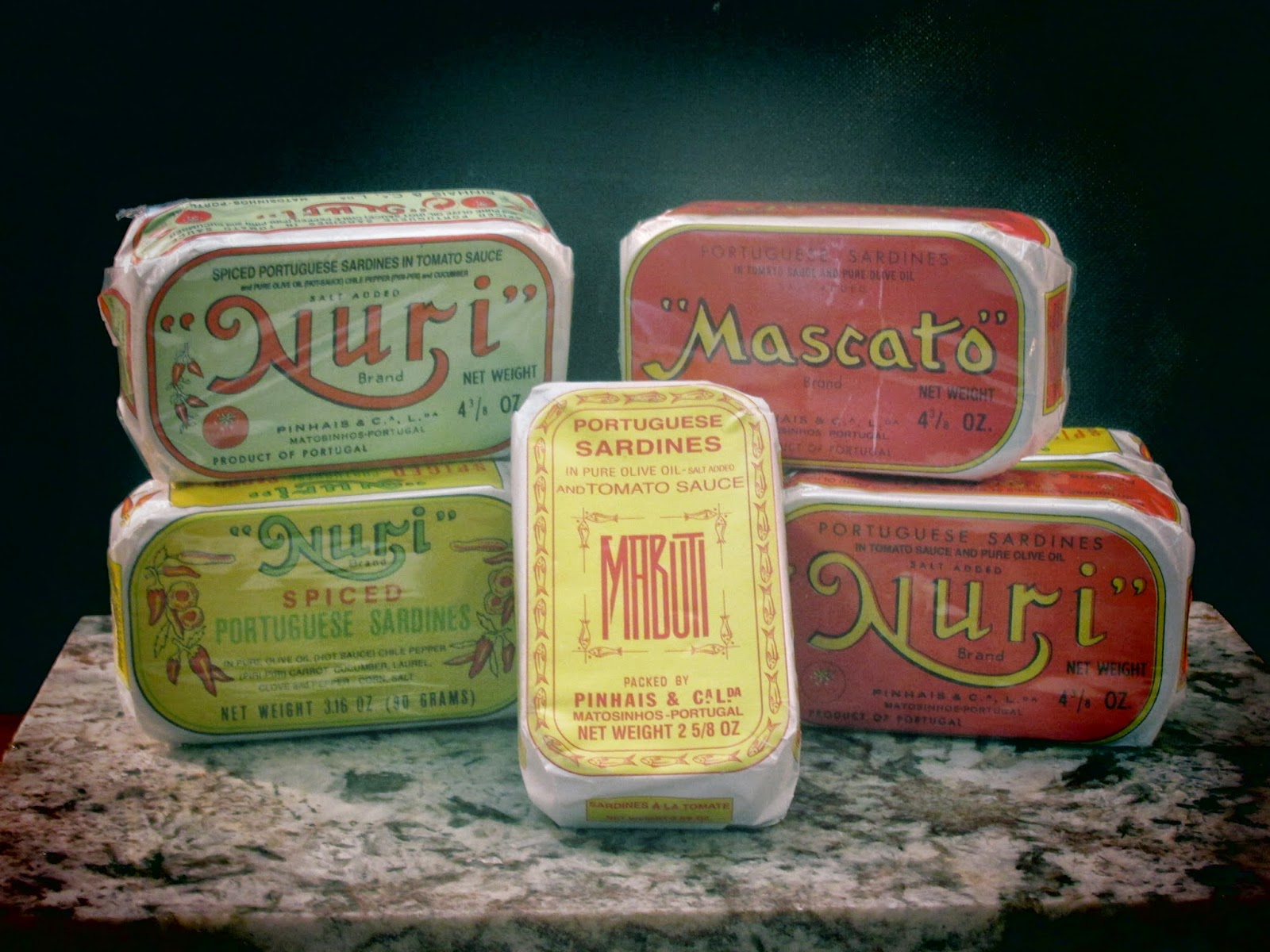 For some great artwork, and more visuals for St. Anthony, type in Temptations of St. Anthony into an Image search. Here are two from another painting.

I shall leave you with a trio of clips to check out. Enjoy St. Anthony's feast.