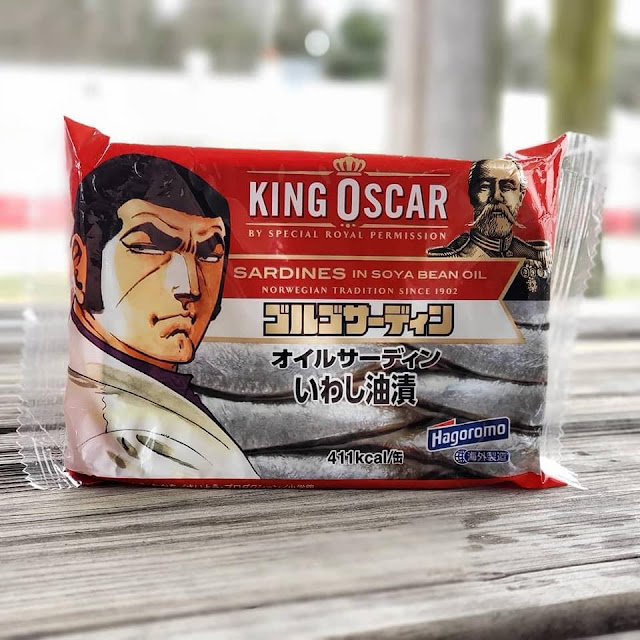 October 2018, Hagoromo foods collaborated with Golgo 13 for a Sardine campaign.

(I've never heard of Golgo 13 until I received this tin. Ahh, the world sardines opens for us.) 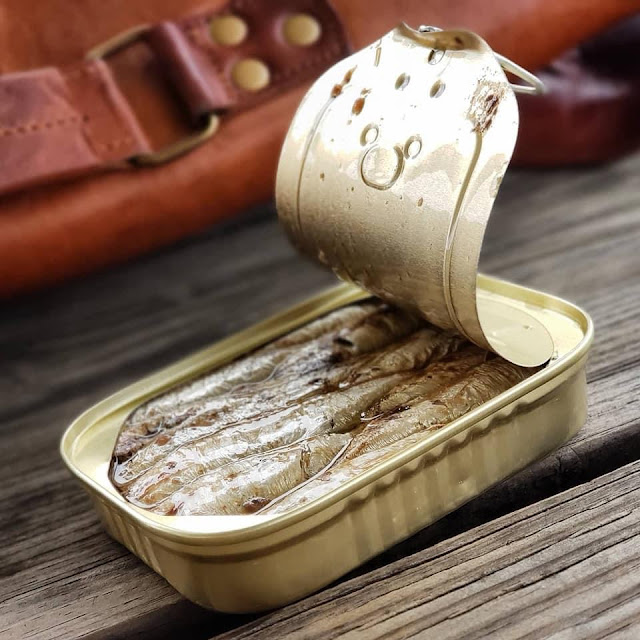 Why Golgo 13? It's said "Sardine" sounds similar to the English word "13" in Japanese. After discussing this with my two expert Japanese translators, Siri and Alexa, I could not find the similarity.

So why collaborate with the world's greatest international assassin!?
Perhaps it goes deeper than any of us realize! Could they be telling us that King Oscar will assassinate the canned tuna industry!? That the lowly humbled tinned-sardine will once again rule king of the land again before that fish soup in a can called tuna moved in with all those tuna eaters!? One can only speculate over a tin of Sardines! 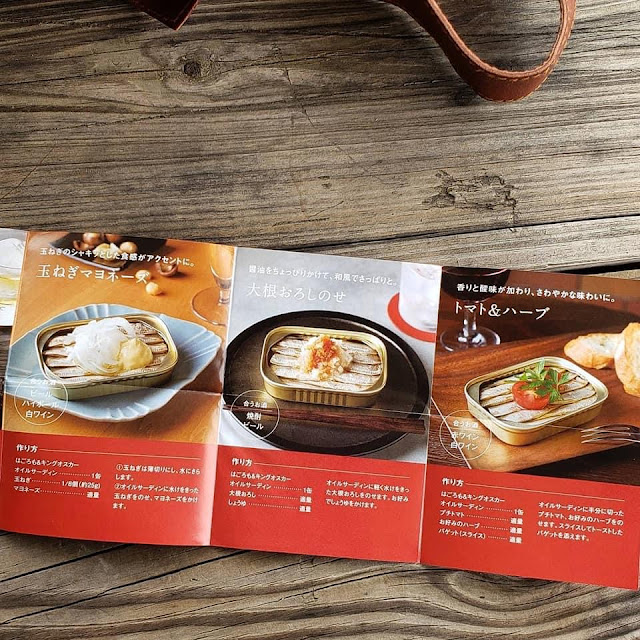 There are three different labels for this champagne, all containing soybean oil. Before you, soybean haters begin turning your noses up and casting empty tins at me. I assure you this is good quality, in taste and balances out these little fish. 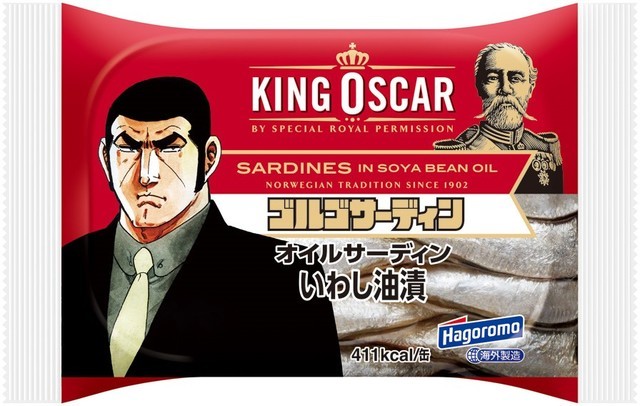 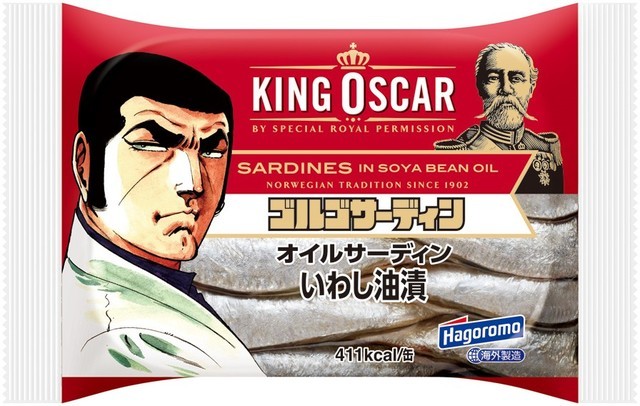 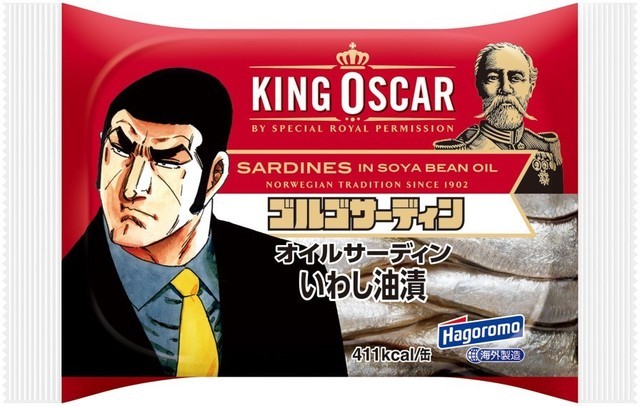 If you think they couldn't top this killer collaboration and the rifle case (which would make you instant international "Sardine Assasin)
The campaign opened a bar! Yes, a bar! Alcohol and Sardines! The Sardine bars ran at twenty Hibya bar locations in Tokyo from Nov. 1st through Nov. 30th
The bars featured special drinks, Sardine dishes, and you could purchase the specially packaged Sardines on site.
There was also a " Bar Golgo"  website in which Golgo portrayed a bartender; the site featured 13 dishes, recipes with pairing alcohol! 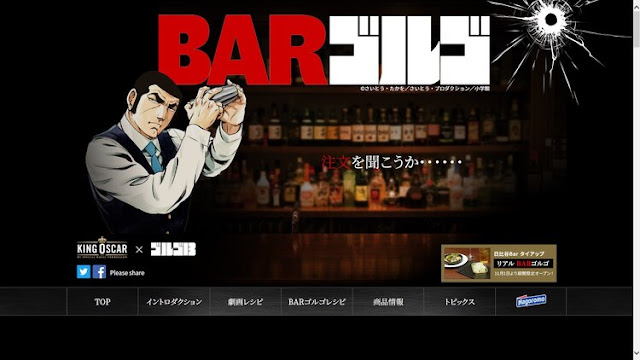 It sounds like a bar; I'd like to have a regular stool at it! I would become the "Norm Peterson" of the Sardine bar!
(That's a Cheer's reference for you younger Sardine Eaters)

It seems the first collaboration campaign was such a success that they went and did another at the top of the Covid crisis. 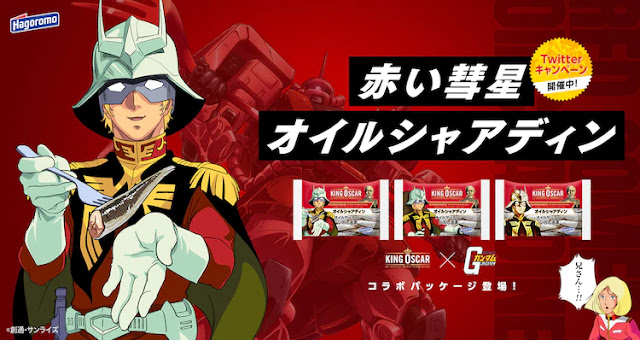 Char Aznable of  "Mobil suit Gundam."  (Once again, first time of hearing of this anime? Comic? Show?)
This campaign started on May 14th, 2020. With also three different covers, and in Soybean oil. A website was set up with videos and Sardine recipes. 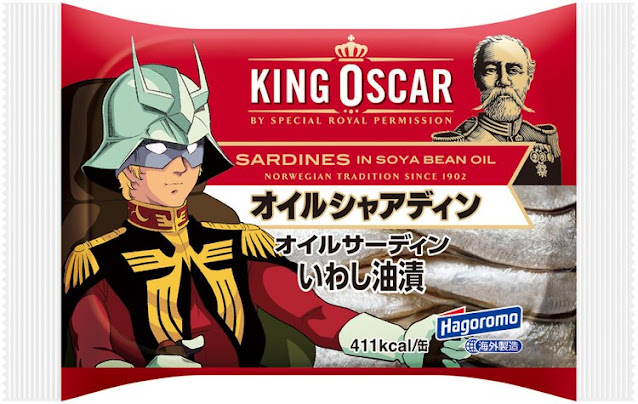 The kicker, they called them "Char-dines." Ah, such is a good Sardine pun. 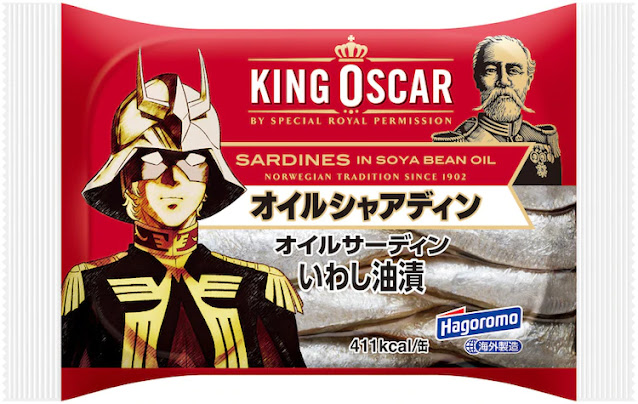 It would seem, Charaznable from the 40-year old mecha anima is also a villain!
Once again, what does King Oscar have up his royal sleeve!? 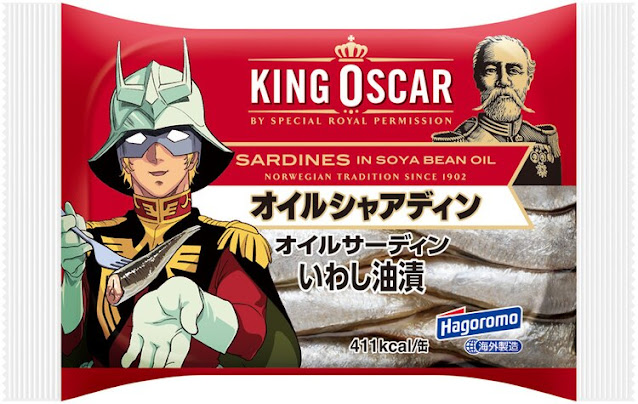 I was informed these were vast sellers on Amazon Japan; they even became the number one, top-selling item in the canned food category.
It could also have been because of Covid too. Covid has made a whole new crop of new Sardine Eaters
Covid has turned the world into a Sardine playground, new Sardine Eaters, Sardine Reviewers, Sardine Snobs, Sardine Everything; has popped up over the last year! Will this new crew last? Are they Tuna eaters in disguise!? But that's another post!
Keep popping those Tins, Sardine Eaters! 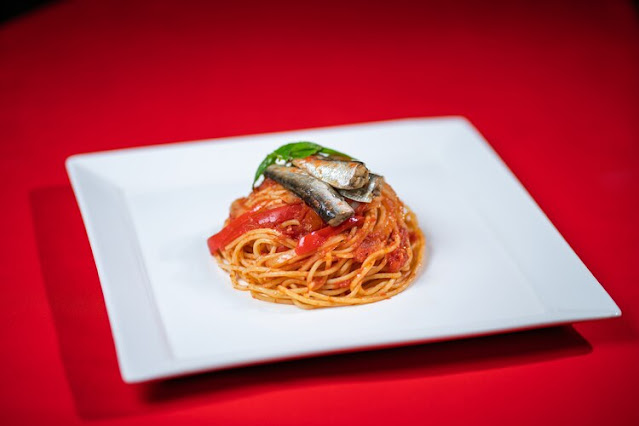 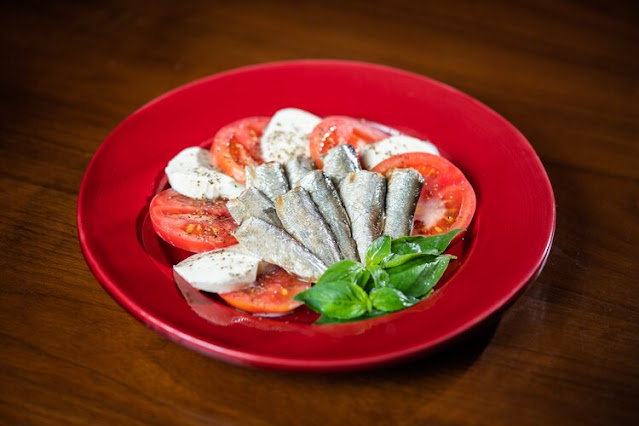 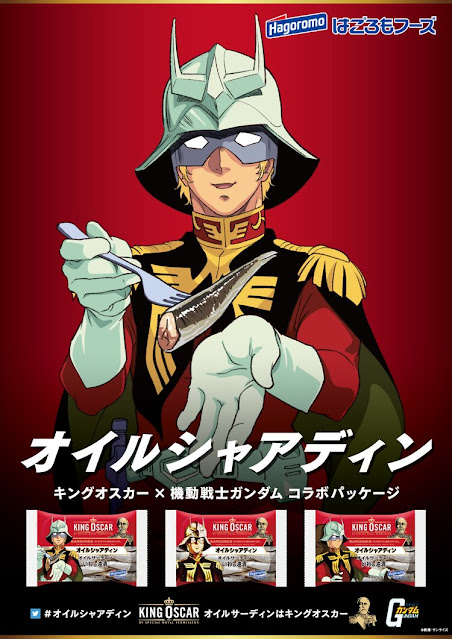 I love the posters for this Campaign 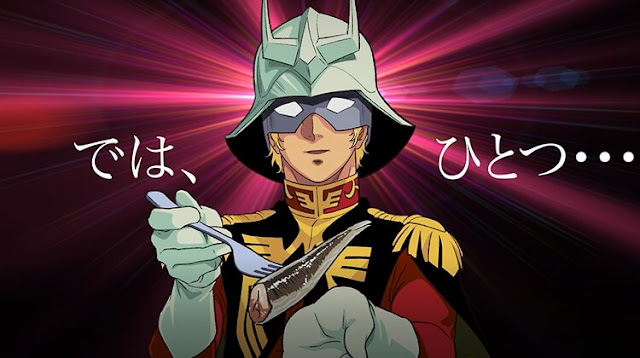 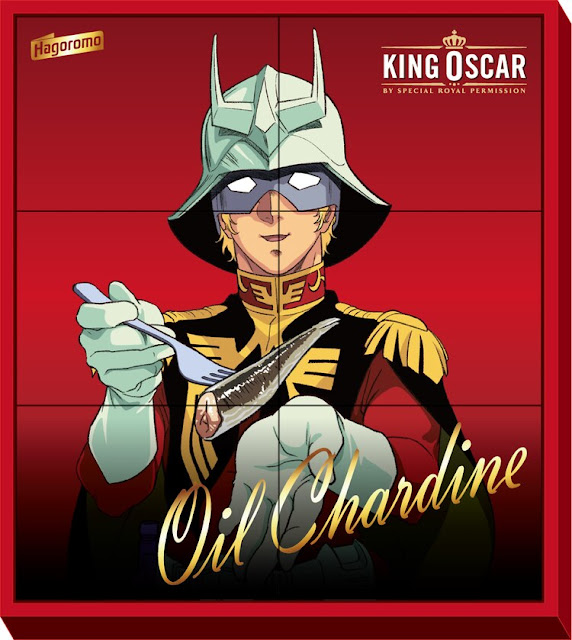 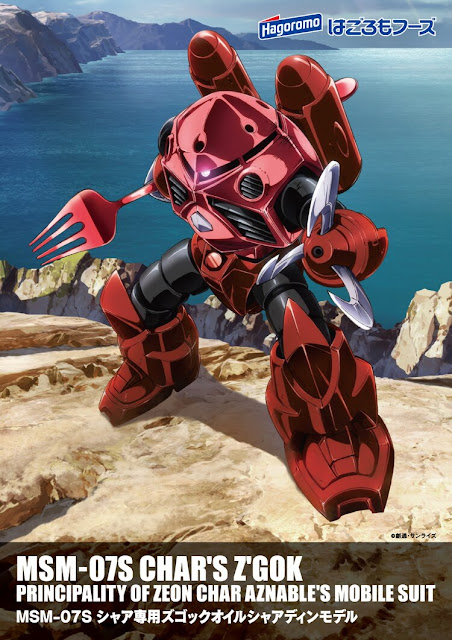 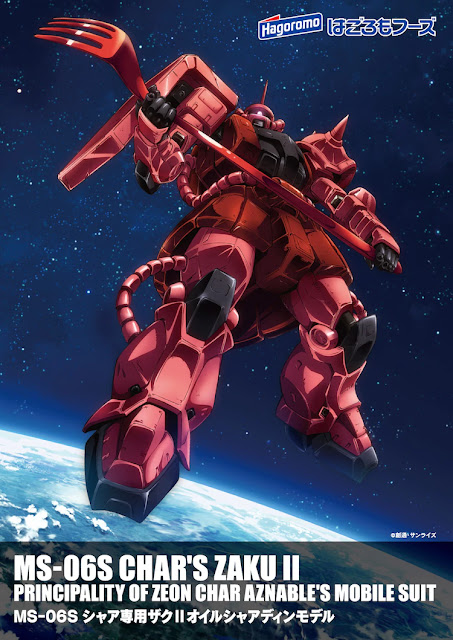